Blog - Latest News
You are here: Home1 / One Great Hope/Blog ARCHIVE2 / Claiming TRUTH Where You FIND IT3 / Beautiful Things 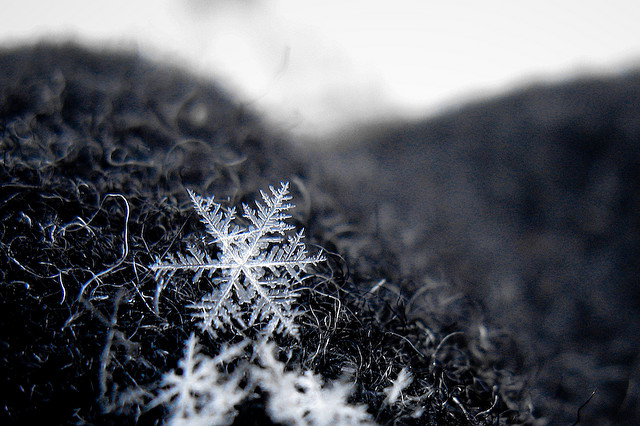 My church family recently welcomed a new member to our staff. As Adam was introducing himself to us, he said something that lodged in my brain and hasn’t stopped pinging since.

He said that God creates order from chaos.

Now, I don’t know what you see.

What I mean is, when you look around your house, your workplace, your neighborhood, this world… I don’t know what it is that YOU see…

And those are just a sampling from the media.

You could add your own headlines, couldn’t you?

I don’t know what YOU see, but the word chaos is a pretty apt description of much of what goes on around us on any given day. The prophet Jeremiah saw this, too, and he used words like ‘violence and destruction’, and ‘terror is all around’ to describe it (Jeremiah 20:7-13).

It’s tempting, when we find ourselves inside a swirling mess of disorder, to feel powerless. To feel hopeless. And it’s common for people to give in to the chaos and become victims – because sometimes it’s just too hard to do anything else. And yet Jesus speaks to us today, in the midst of our own, personal chaos and He says ‘Do not be afraid.’ ‘Do not fear.’ (Matthew 10:24-39)

Now, these are not band-aid words Jesus is speaking!

Call me crazy, but I’m pretty confident that Jesus’ words are actually intimately linked to the 2nd Law of Thermodynamics! (I know – I said ‘call me crazy!’)

Any engineers or scientists in the house? You will already know, then, that the 2nd Law of Thermodynamics states that:

The natural progression of the universe is from order to disorder.

Think about that for a minute.

Here’s another important part of this natural progression:

In the same way that nature moves toward disorder, nature’s tendency is to move toward lower energy.

This explains a lot, doesn’t it? It explains why diets almost always fail – because it takes a lot more energy to order our lives in healthful ways than it does to reach for a bag of chips from our favorite spot in front of the tv. It explains why self-help is often no help at all, because our physical nature leans towards inaction when left to our own devices.

As complex as we humans are, we will fall prey to the 2nd Law of Thermodynamics every time, as long as we rely on ourselves to initiate change. This is why disorder and chaos are more likely to occur in nature – and in the world as we each see it – because nothing in nature is able to create or maintain itself. Without an external influence, we will land in chaos and disorder every time. It’s the LAW!

This is exactly what Jesus is talking about when He says that there are those who seek life in this world – a life of fulfillment for themselves, here and now – in a world where the most probable state for any natural system is one of disorder. The 2nd Law of Thermodynamics says that all systems degenerate when left to themselves. And Jesus says those who find this kind of life will end up losing it in the end.

Unaided by God, human beings are no different than any other natural system. Left to our own devices, we will follow the path of our addiction, affection or greed every time. Want life in this world, Jesus asks? Wrap your arms around entropy.

Are you ready for some GOOD news? Well, buckle up! Because entropy can be lowered and disorder can be affected by external action – by the transfer of energy from a source outside itself!

This is where Romans chapter 6 comes in and bridges the gap between chaos and order, between the laws of nature and the Laws of the Kingdom of God.

Hear this good news, but try thinking of sin as the 2nd Law of Thermodynamics – a state of mindlessly doing what the world wants us to do. Going through the motions. Apart from God.

Could it be any clearer? Our old way of life was nailed to the cross with Christ, a decisive end to that sin-miserable life—no longer at sin’s every beck and call! What we believe is this: If we get included in Christ’s sin-conquering death, we also get included in his life-saving resurrection. We know that when Jesus was raised from the dead it was a signal of the end of death-as-the-end. Never again will death have the last word. When Jesus died, he took sin down with him, but alive he brings God down to us. From now on, think of it this way: Sin speaks a dead language that means nothing to you; God speaks your mother tongue, and you hang on every word. You are dead to sin and alive to God. That’s what Jesus did. (Romans 6:6-11 MSG)

Do you see it now? Jesus is the energy source that pulls us out of the chaos and into a life that doesn’t end in death! When we are willing to let this earthly life go, for Jesus’ sake, that’s where true life is found! That’s when we experience for ourselves – firsthand – that God is at work, creating order out of chaos!

And this makes so much sense of Jeremiah’s cry, that ‘within me there is something like a burning fire shut up in my bones; I am weary with holding it in and I cannot!’

God’s presence works in us to counteract our natural tendency toward cooling off, toward randomness, toward chaos, disorder and sin.

Oh my gosh, think PENTECOST! Ever wonder why the tongues of fire? Pentecost was God’s own object lesson in heat transfer! His Spirit’s energy moved in, burning off the ties to this physical world so that men and women could finally live free from the laws of sin and death! Amen?!

As citizens of the physical world, we are obligated to follow its laws – including the 2nd Law of Thermodynamics – the universe does tend toward chaos, and we tend to fear what we can’t control. But don’t forget! We have become part of Jesus! What died in our baptismal waters was our allegiance to the whims of this world, the natural tendency for us to do the easy thing, the desire to look only to our own selfish interests and to isolate ourselves out of fear or even laziness…

All of which constitute sin, by the way.

Romans 6 says we are no longer slaves to it!

We are no longer slaves to this chaotic, disorderly world because the power of God has acted on our very existence, transferring heat! Fire! Energy! Empowering you and me to see and do and become well-ordered, beautiful things in Christ Jesus!